Greeted & assisted upon arrival at Delhi airport, followed by transferring to the hotel for check-in. Overnight stay at hotel.

Enjoy the breakfast at the hotel to welcome the fresh day in Delhi. Around 10:00 am, meet with the tour guide, prior to the sightseeing in Old and New Delhi. Proceed further to the Red Fort named for its red-sandstone walls (Red Fort remains closed on every Monday) and designated a UNESCO World Heritage Site.

This fort complex was constructed by the Mughal Emperor Shah Jehan as to be the residence in front of the Red Fort, there is the imperial avenue known as Chandni Chowk & visit Rajghat. While passing through alleyways, it seems to get narrower and we end up at the Jama Masjid which is the largest Muslim mosque in India. (Optional – You can also enjoy the Rickshaw ride crossing the streets in Old Delhi).  Finishing the visit in Old Delhi, let’s head to New Delhi. Continue our visit to Qutab Minar and India Gate, a 42 meters archway built for memorial of Indian soldiers killed during the First World War.

Watch the famous War Memorial Arch and see the contrast between old and New Delhi. Carry on our tour, drive past Rashtrapati Bhawan. It was initially built as the Imperial residence of the Viceroy in the early 20thcentury. Nowadays, it has become the current residence of the President of India and Parliament House. This unique circular architecture was constructed with huge colonnades which house the Upper and Lower House of Parliament.

Finally, proceed to the Government secretariat buildings at Connaught Place where the heart of New Delhi, as well as the busy shopping centre, are. Overnight stay at Hotel.

By a Domestic Flight

After breakfast at Hotel, you will be transferred Delhi International Airport to embark for a flight for Varanasi. On arrival at Varanasi Airport, meet and greet and transfer to hotel for check-in.

Thereafter continue to visit Buddhist city Sarnath, 7 km from the city where Buddha preached his first sermon more than 2500 years ago. The site is marked by the massive Dhamek stupa which is believed to date back to 500 AD. Nearby is a Museum where a rare collection of manuscripts and other items related to Lord Buddha can be seen. In the evening witness Aarti ceremony at the Ghat.

Aarti is often called “the ceremony of lights The best time to visit the ghats is at dawn when the river is bathed in a mellow light as pilgrims come to perform Pooja (literally ‘respect’; offering or prayers) to the rising sun, and at sunset when the main Ganga Aarti ceremony takes place at Dasaswamedh Ghat. Overnight stay at Hotel.

In the early morning, enjoy a boat cruise on River Ganges. Thousands of pilgrims throng the water’s edge, bathing, worshipping, and meditating. On stone platforms under palm leaf umbrellas, the Pandas-Brahmin priests preside over rites and rituals.  Every devout Hindu wants to visit Varanasi to purify body and soul in the Ganges River. The boat trip will also cover various ghats including the cremation sites. Every pious Hindu believes that to die in Kashi (Varanasi) and to be cremated on the banks of the Ganges in order to achieve moksha, release from the cycle of rebirth. Return to hotel for breakfast.

Later on time transfer to Varanasi airport to embark on a flight for Khajuraho. On arrival in Khajuraho transfer to hotel for check-in. Afternoon visit to the Eastern & Western Group of Temples.

Khajuraho, once the great capital of Chandela, now a quiet town, Khajuraho temples here were constructed during the Chandela period from 950 to 1050 AD. Almost as intriguing as the sheet beauty and the size of the temples is the question of why and how they were constructed here as Khajuraho is isolated, 1000 years ago as it is even today. The temples are superb examples of Indo Aryan architecture and portray images of gods and goddesses, warriors and musicians, real and mythological animals and in great detail women and sex. In between are the mithuna, erotic figures running through a whole Kamasutra of positions and possibilities. Of the two groups of temples, Western important temples to visit are Kandariya Mahadeo: This is the largest, and most typical Khajuraho temple. There are about 900 statues dedicated to Lord Shiva. And in the Eastern group, the largest temple is Parsavnath temple. Overnight stay at Hotel.

Orchha’s grandeur has been captured in stone and frozen in time and is a rich legacy of the ages. The palaces and the temples were constructed by its Bundela rulers in the 16th and 17th Century.

Continue to drive towards Jhansi Railway station to embark on the train for Agra. #2001-NDLS Shatabdi, Depart Jhansi at 17:59 Hours and Arrive Agra at 20:30 Hours.

On arrival at Agra Cantt. Railway Station, you will be meeting and greet and transfer to hotel for check-in. Overnight stay at hotel.

In the early morning visit the world-famous Taj Mahal at sunrise.

Agra, the home of the immortal Taj Mahal, the inimitable poem in white marble is the first expression of the love of an Emperor Shahjahan to his queen Mumtaz Mahal. This great monument was completed in 1653 AD. (Taj Mahal remains closed on every Friday.) Return to hotel for breakfast.

After breakfast, start the sightseeing tour by visiting Agra Fort and Tomb of Itimad-ud-Daulah. Agra Fort, on the banks of the river Yamuna, is the imposing structure replete with priceless examples of craftsmanship in the Mughal period and including the beautiful pearl Mosque which was designed and built by Emperor Akbar in 1565 AD.  Tomb of Itimad-ud-Daulah was constructed between 1622 AD by Empress Nur Jehan in memory of her father, Ghias-id-Din Beg. It is considered as a precursor of the Taj Mahal. Evening free to explore markets. Overnight stay at hotel.

Fatehpur Sikri is a beautiful city with an interesting birth story behind it.  There, in a grotto in Sikri, lived a Muslim Saint, Sheikh Salim Chishti by name.  Akbar hearing of his renown asked of the blessings of a son, and when a son was born, not only was the child named Salim, the site for a mighty and ambitious project – a city – was chosen near the residence of the saint erected in 1569. The shortages of water lead to the desertion of this city. Visit the mosque of Salim Chishti, Panch Mahal and other Palaces. On arrival in Jaipur, transfer to hotel for check-in. Overnight stay at hotel.

After breakfast, leave Jaipur for Delhi (Approx. 260 km / 06 Hours). Upon arrival at Delhi, transfer to the Delhi International Airport to embark on a flight for onward destination. 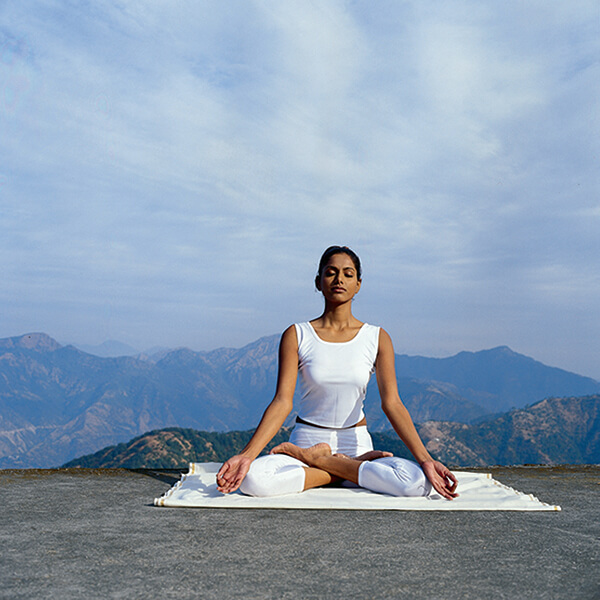 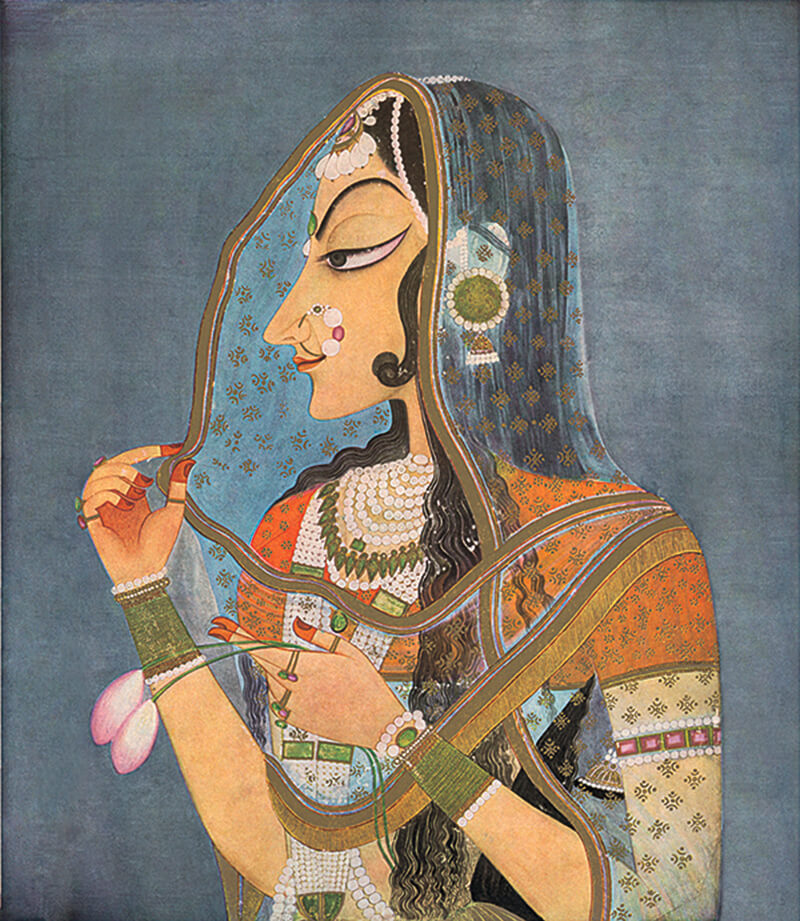 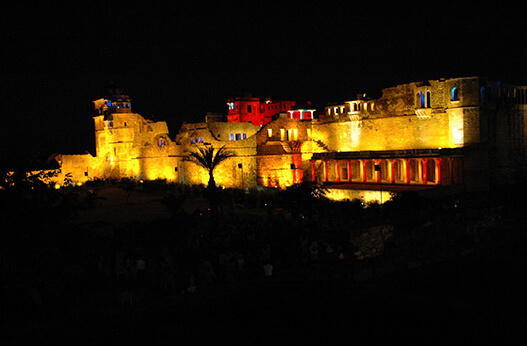